Skip to main content
Free Ground Shipping on orders over $99
BuyWake.com | The Original
Built By Riders, For Riders.

No reviews yet Write a Review 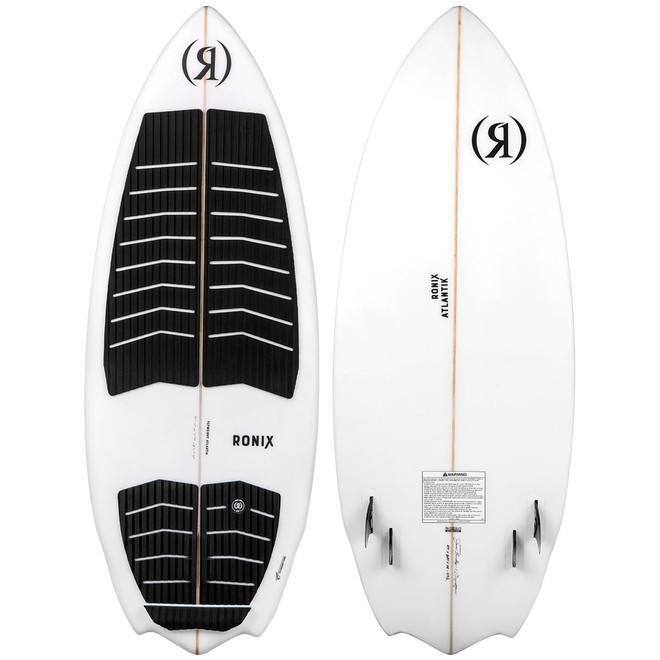 AN OCEAN INSPIRED TRADITIONAL SURFER WITH A REACTIVE TIP AND LOCKED IN TURN.       The best slashing board we have ever made. The Atlantik is designed for powerful bottom turns, off-the-lip airs and walls …

AN OCEAN INSPIRED TRADITIONAL SURFER WITH A REACTIVE TIP AND LOCKED IN TURN.

The best slashing board we have ever made. The Atlantik is designed for powerful bottom turns, off-the-lip airs and walls of spray. A performance driven surfer that features instant feeling power and response. New for 2023 we added a sharper, skim-style rail in the tail of the Atlantik increasing speed. We also made the construction lighter, allowing the board to feel more reactive. Additional performance is achieved using the following board components.

Thru-Tail Bottom Concave: Creates lift and speed through the tail of the board making it easiert o re-balance from spins and maintain pocket speed.

Rail Wings: Create break in rail-line allowing for pivoting of the tail.

Fang Tail: Originally cut on the shores of Lake Ronix. Increases straight line speed and makes maneuvering the board on rail instant.

Rapid Taper: The taper from the board’s wide point to the nose is aggressive. This decreases the engaged rail creating instant turns and pivoting in the nose.

Dome Top: Allows the board to roll from edge to edge faster.

Transitional Rails: Gradually sharper edges in the tail. Better water-flow off the tail increasing speed and makes for a quicker release on the lip of the wave for tricks and spins.

Quad Fin: Power at the bottom turn and quick release at the top of the wake. Propel the board into the turn with no performance hang ups when you are ready to release into a trick

Less is more. These cores are designed with a minimalist approach, keeping the purest form of surf in mind. For many riders lighter is better.

Added top water speed with increased buoyancy for a rider that wants a traditional surf feel in the waterline. 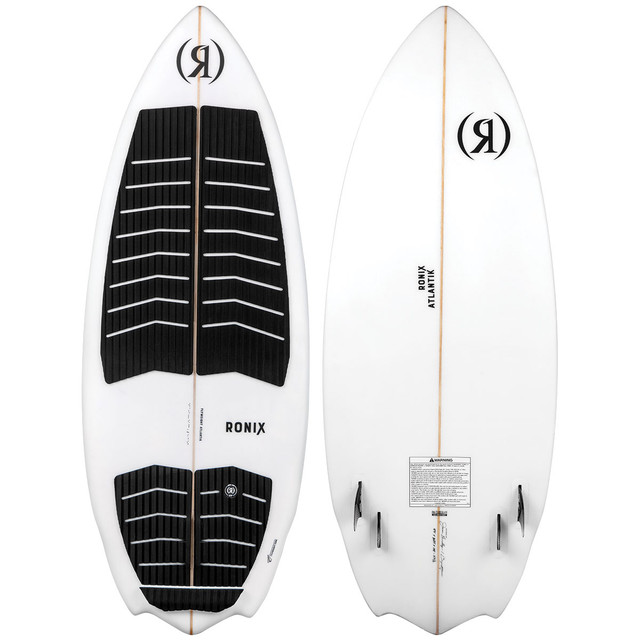 No Skis, No Tubes, No Bulls#!t

Check out our Pro Team

Learn about the right gear for you.

Talk to actuals riders about the gear

A TRUE TRICK MARVEL FROM THIS MINIMALIST SKIM SHAPE AND CONSTRUCTION .   A trimmed down version of our classic Carbon Air Core 3 Skimmer-for the rider that believes less is more. This shape...

A surfer with built-in cruise control-the Conductor is the first of its kind that can generate speed and then maintain it in a more controlled manner. So, you can spend less time worrying about where...

With this new high powered big air special, we took our classic Thruster that’s known for highspeed carves and throwing down the biggest bottom turns, and modernized it in the blue room. The result...

AN OCEAN INSPIRED TRADITIONAL SURFER WITH A REACTIVE TIP AND LOCKED IN TURN.     This 4'3 design is the best slashing board we have ever made. The Atlantik is designed for...

NOW KIDS CAN EXPERIENCE ALL THE BENEFITS OF A HIGH-END LIGHTWEIGHT SKIMMER.     A pro skim shape with the least amount of swing weight designed for the next generation of rippers.This shape...

The Ronix Flyweight Atlantik is a new traditional surfer with a locked in tail and a light, reactive tip.  It's a competition-level wake surfboard that features high-performance power and response. ...

Phase 5 Key Skim Board INSPIRED BY SEAN SILVEIRA Once Sean Silveira hit the scene, it didn’t take very long to realize he would deserve a board of his own. The Phase Five Key Wakesurfer is a...

Ronix RXT BOA® Wakeboard Bindings FLEX 6/10 BOA®, the world’s favorite fit system, has teamed up with Massi on a brand-new concept for 2023, featuring the most vibrant color we could...

Ronix One Blackout Wakeboard The best gets better for 2023, we took our 3-Stage Rocker Icon and shed over 1.5 lbs. of weight for precision agility and a new level of high-energy. This new...

Phase 5 Matrix Pro Skim Board ENTER THE MATRIX The Phase Five Matrix Wakesurfer is an advanced board delivering unrivaled performance. Adopted by many professional riders on the team, the Matrix is...

Phase Five 3D Speed Base Twin Fin Set - Payne Upgrade your ride with the unique curvy design of the 3D Speed Base Fin. Allowing you to have a wider base which creates more drive and speed. Featuring...

Phase 5 2023 THE SWELL Wakesurf Board

Phase 5 Swell Wakesurf Board The Phase Five Swell Wakesurfer designed by Stacia Bank offers a lean outline, pulled in nose and super poppy tail. The parallel rails increase down the line speed while...

Phase 5 Phantom Wakesurf Board The freshly re-designed Phantom is Parker Payne’s most dialed in surfboard yet. The 2023 Phantom features an updated nose design that carries more speed and...

Sorry, there are no products.
Top
↑